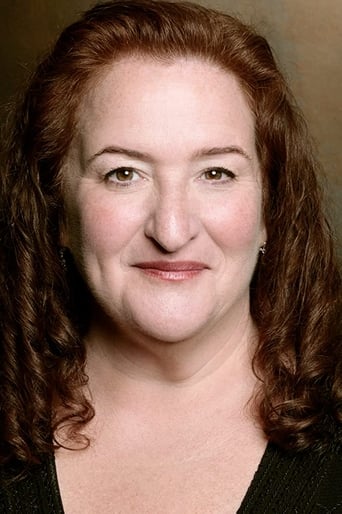 From Wikipedia, the free encyclopedia. Rusty Schwimmer is an American film and television actress and singer. Her most prominent role so far is that of Barbara Ludzinski on The Guardian. Among her movie appearances are those as Joey B in Jason Goes to Hell: The Final Friday, Mrs. Thornton in Twister, Mrs Pendleton in Amistad, Alice in EDtv, Irene "Big Red" Johnson in The Perfect Storm, Big Betty in North Country and Amelia Minchin in A Little Princess. Schwimmer has also appeared in minor roles in several television series, including episodes of Parker Lewis Can't Lose, In the Heat of the Night, The Fresh Prince of Bel Air, Tales from the Crypt, Married... With Children, ER, Chicago Hope, Ally McBeal, Judging Amy, The X-Files, Gilmore Girls, CSI: Crime Scene Investigation, Shark, Criminal Minds, Heroes, Desperate Housewives, Private Practice, Six Feet Under and others. Description above from the Wikipedia article Rusty Schwimmer, licensed under CC-BY-SA,full list of contributors on Wikipedia.​