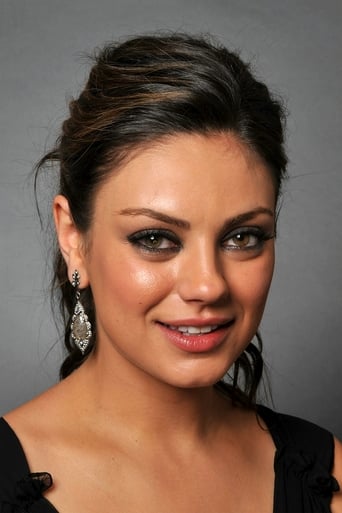 Milena "Mila" Kunis (born August 14, 1983, height 5' 4" (1,63 m)), Zodiac: Leo is an American actress. Her television work includes the role of Jackie Burkhart on That '70s Show and the voice of Meg Griffin on the animated series Family Guy. She has also played roles in film, such as Rachel Jansen in Forgetting Sarah Marshall, Mona Sax in Max Payne and Solara in The Book of Eli. In 2010, she won the Marcello Mastroianni Award for Best Young Actor or Actress at the 67th Venice International Film Festival for her performance as Lily in Black Swan. She was also nominated for a Golden Globe Award for Best Supporting Actress and a Screen Actors Guild Award for Outstanding Performance by a Female Actor in a Supporting Role for the same role. Description above from the Wikipedia article Mila Kunis, licensed under CC-BY-SA, full list of contributors on Wikipedia.